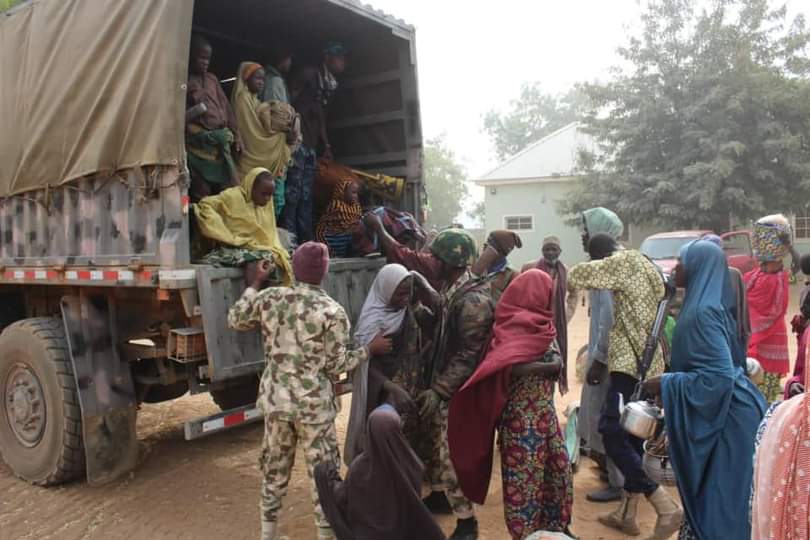 One hundred and four members of the Islamic State West Africa Province (ISWAP) and their families have surrendered to troops, the Nigerian Army has said.

The army disclosed this on Monday via its verified Facebook page where it shared photos of some of the repentant terrorists and their relatives.

According to the army, the former ISWAP fighters surrendered their weapons on Saturday to troops of the 25 Task Force Brigade in Damboa town of Borno State.
A breakdown of the figure shows that 22 of those received by the soldiers are men, 27 of them are women and the remaining 55 are children.

The Director of Defence Media Operations at the Defence Headquarters in Abuja, Major General Bernard Onyeuko, also confirmed this to Channels Television on Monday.

Although he did not give details about the latest development, the military spokesman said troops in the North East have continued to gain successes over the activities of ISWAP fighters in the region.

This followed the week-long sustained aerial attacks by military fighter aircraft, including a Super Tucano of the Nigerian Air Force (NAF) that raided ISWAP camps in the area.

Onyeuko had during a briefing held in Abuja last December said the surrender of the persons to troops, comprising 51 adult males, 67 adult females, and 74 children, was part of the successes recorded by the military between November 25 and December 9, 2021. 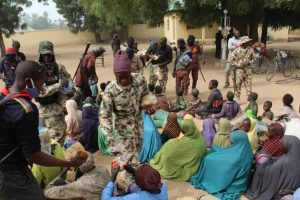 They were said to have surrendered in at Rann/Rumirgo villages and Biu in Gombi Local Government Area of Adamawa, as well as Bama, Mafa, and Dikwa Local
Government Areas of Borno State.