Attorney General of the Federation and Minister of Justice, Abubakar Malami
Share

The Attorney General of the Federation and Minister of Justice, Abubakar Malami has said the United States Government and its Nigerian counterpart are discussing the possibility of extraditing suspended Deputy Commissioner of Police, DCP, Abba Kyari, over his links to international fraudster, Ramon Abbas, also known as Hushpuppi.

Malami said both government’s are discussing Kyari’s extradition, because reasonable grounds for suspicion has been established against the former Head of the Intelligence Response Team, IRT.

He disclosed this while appearing on Channels Television’s Politics Today.

The US Federal Bureau of Investigation, FBI, had linked Kyari to a $1m scam allegedly perpetrated by Hushpuppi and his gangs.

The former IRT boss, however, denied involvement in the heist carried out by Hushpuppi.

Despite his denial, the Nigeria Police Force, NPF, had suspended Kyari, pending an investigation by the Police Service Commission, PSC.

Upon completion of its investigation, PSC had recommended Kyari’s dismissal from the force.

However, Malami said there has been exchange of correspondence between both governments on Kyari’s issue.

“Reasonable grounds for suspicion have been established and that will eventually translate to the possibility of prosecution and conviction if indeed one is adjudged guilty by the law.” 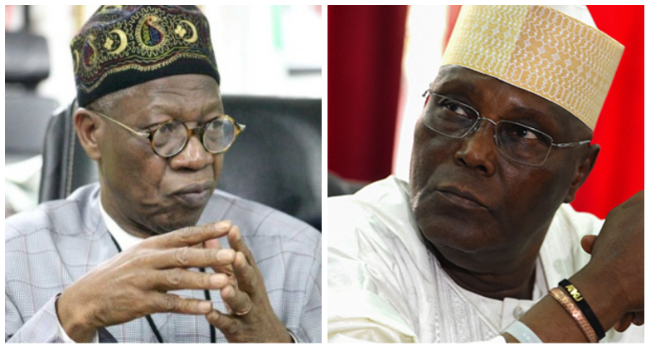