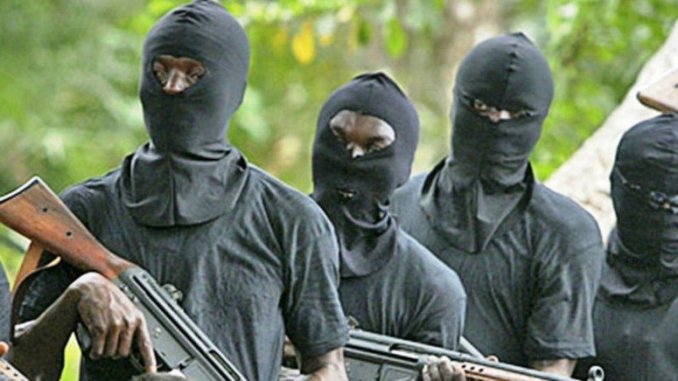 …raises alarm over displacement of 151,380 persons in two years

The Senate has called on the Federal Government to, as a matter of urgency, declare full fledged war against elements involved in terrorist activities in the country.

This was just as the upper chamber called on the government to establish a military base at Shiroro and Kaima communities in Niger State to restore confidence in the security and safety of the affected communities.

According to the Senate, doing so would also safeguard the Shiroro Hydro-electric Power Dam, a National Asset located within the area.

These formed part of resolutions reached following a motion considered during plenary on Tuesday.

According to the lawmaker, on Friday 14th January, 2022, five vigilante members were killed in an attack on a local market and some communities in Shiroro Local Government Area of Niger State.

He lamented that during the “deadly” operation, “a lot of destruction ensued, including many people who sustained multiple gunshot injuries while many others were kidnapped and taken to unknown destination.”

He said that, “the assailants attacked villagers who were harvesting crops on their farm in Nakundna village in Shiroro council area and the inability of farmers to harvest their farm produce may likely trigger food scarcity in the State;

“Notes that the current sad reality is that there is no longer semblance of security in the whole of Lakpma axis
of Shiroro local government in Kaima village;

“Regrets that these attacks by armed groups have continued in the North-west and North-Central Niger State
despite repeated government assurance to address the escalating atrocities;

“Recalls that over 151, 380 people, mostly peasant farmers, were displaced by the activities of bandits in the last two years. The displaced persons were registered in 13 local government areas of the state, with Rafi council area neighbouring Zamfara and Kaduna topping the chart with 28, 987 displaced persons;

“Concludes that in the Shiroro council area, where the latest incident occurred, over 27, 678 persons were displaced within the period; and

“Notes that the ongoing bloodletting and destruction of public and private assets by the bandits cannot be allowed to continue.”

The Senate, accordingly, in its resolutions, commended President Muhammadu Buhari for ordering air bombardment on there area of operation.

It also called on the Federal Government to declare a full fledge war on unscrupulous elements since they have been declared as terrorists, and to establish a military Base at Shiroro and Kaima, to restore confidence in the security and safety of the affected communities and to safeguard the National Asset located within the area, such as the Shiroro Hydro-electric Power Dam.

The chamber urged the National Emergency Management Agency (NEMA) to provide relief materials and medical team to the victims immediately.