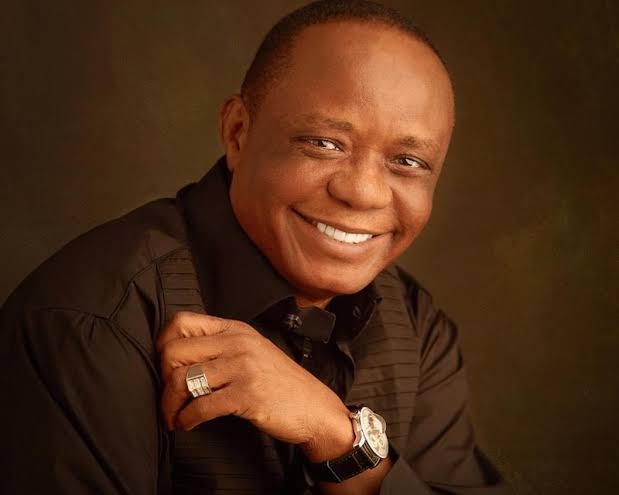 To grow older is truly a gift. It is a gift of time. When the psalmists said God knows every day that is ordained for us when not one of them existed (Psalm 139), it means God has a purpose, and it is our gift to God to find that purpose and to fulfill it, even if we are into our eighth decade of life or beyond.

Late Capt Idahosa Wells Okunbo, one of Nigeria prominent philanthropist with a heart of gold would have been 64th on the 7th of January 2022.

Even in death there cannot possibly be too many celebrations for this man, who deserves to live up to a thousand years if God had wished so. But God has guided and watched him transmuted all these years to a fountain of wisdom, blessing to his people and gift to humanity, to preserve him.

However, as the dark cloud gathered and claw of death took him away to meet with his creator on the 8th August, 2021. The news of his demise shook many worlds over whose path with Capt Hosa had crossed. His testimony of good deeds abound. Even in death his name rings bells.

As Psalm 92:12-15 says, “The righteous flourish like the palm tree and grow like a cedar in Lebanon. They are planted in the house of the Lord; they flourish in the courts of God. They still bear fruit in old age; they are ever full of sap and green, to declare that the Lord is upright; he is my rock, and there is no unrighteousness in him.” And God is able to make all grace abound to you, so that in all things at all times; having all that you need, you will abound in every good work.

Every day brings stories about people who have lived long and distinguished themselves among their contemporaries. So also, every year people on their birthdays, anniversary, blow hundreds of thousands candles to wish themselves more years.

But for Capt. Hosa Okunbo, who has lived a fabulous life of curiosity, exploration, humanity and hard work, lived an exemplary life worthy of emulation and remembrance.

The thought to engage his people in productive ventures, to turn their lives around, open doors of opportunity for the growing youth population in the country, to restore prosperity and promote the cause of peace dominated his passion for his country in the last decades.

Today, as we reflect on the life and times of Capt Hosa Okunbo (JP), it is noteworthy to celebrate this iconic leader who had contributed immensely in the private sector to reduce the surge of unemployment in the country.

The corporate world is full of huddles and pressure. Yet, Captain Hosa had remained steadfast, more than the ordinary human; he had not only joined others to transform the private sector in Nigeria but has also inspired and motivated millions of growing entrepreneurs who are taking a cue from him today, most of whom have also become successful today.

His passion for humanity placed him in the good books of both local and International bodies for his good works towards lifting the standard of life. From creating employment to humanitarian services, efforts on fighting against trafficking in humans and his passion for political reforms in Nigeria, his name stands tall.

On Saturday, September 21, 2019, in Geneva, Switzerland, Okunbo was bestowed with the Global Peace Award from the chairman of the Order of Lafayette Awards. This was in recognition of his efforts in global peace and business innovations.

In September 2020, the Billionaire Philanthropist and key investor in Marine Security won America Forbes “Best of Africa” Award as one of the outstanding leaders in Africa.

This came two years after he received the Businessman of the Year award at the ‘2016 Vanguard Personality of Year Awards’. Okunbo received the Africa Titans Award in 2012, from the Congress of the United States in collaboration with the African Society Summit, in recognition of his strides on behalf of Africa in the international arena.

In November 2012, the University of Benin also conferred Okunbo with an honorary Doctor of Science degree.

Okunbo was granted the Worthy Ambassador of Unity Award as an old student of Federal Government College, Warri in March 2016.

On October 2, 2014, the traditional ruler of the Edo people in Edo State, Oba Erediauwa, blessed Okunbo with the ‘Traditional Beads’ for being a worthy son of the ancient Kingdom.

These recognitions and many others not listed here have come naturally as a result of the work Captain Hosa had put into building a society fit for all.

No doubt he has made his mark in the sand of time and continues to leave an indelible print in the history of national development.

Capi as fondly called by his admirers was born 7 January 1958 is a Nigerian business magnate, investor, philanthropist and trained commercial pilot. He serves as either chairman or director on numerous company boards in Nigeria, spanning multiple business sectors such as the agro-allied, petroleum, telecommunications, power, real estate and banking industries.

Okunbo established Hoslyn Ventures Nigeria Ltd., a company that was involved with procurement in the Nigerian petroleum sector.

Okunbo was the founder and chairman of the following Nigerian companies:

The company recently completed the building of the 46-kilometre (29 mi) Escravos–Warri Crude Pipeline, which was inaugurated by the then Nigeria’s Minister of State for Petroleum Emmanuel Ibe Kachukwu

Other of his investment includes, Westminster Security Solutions Nigeria Ltd, a franchise of Westminster Group Plc UK, of which he is major shareholder, Wells Group of companies, which include Wells Dredging Ltd, Wells Property Development Company Ltd, and Wells Entertainments Ltd. – through which Okunbo financed the movie Black November.

Okunbo was a member of the Board of Directors of NatCom Development and Investment Ltd, which is the holding company of Nigerian telecommunications giant NTEL.

Last November, the organizers of Polo Ranch Tournament in Keffi, Nasarawa State immortalized the great legend and dedicated a cup to be competed for in his honor annually.

Same November, 2021, in what could best be described as well-deserved service to humanity and Nigeria, the management of Daily Telegraph Publishing Company, publishers of the New Telegraph, Saturday Telegraph, and Sunday Telegraph, posthumously honoured the late Capt. Hosa Wells Okunbo, as the quintessential philanthropist in 2021.

Little wonder, his sterling achievements and legacy will surely outlive him.

For a man who has achieved so much through hard work, dedication and consistency and has given so much to the society in return, it is worth the toss to his memory as he turned 64 posthumously 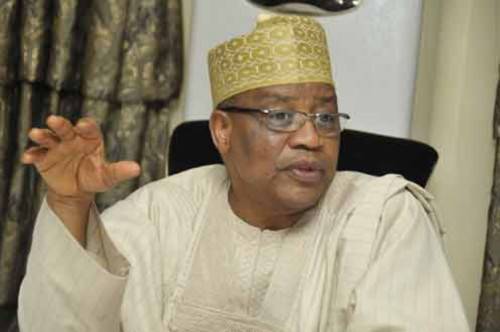 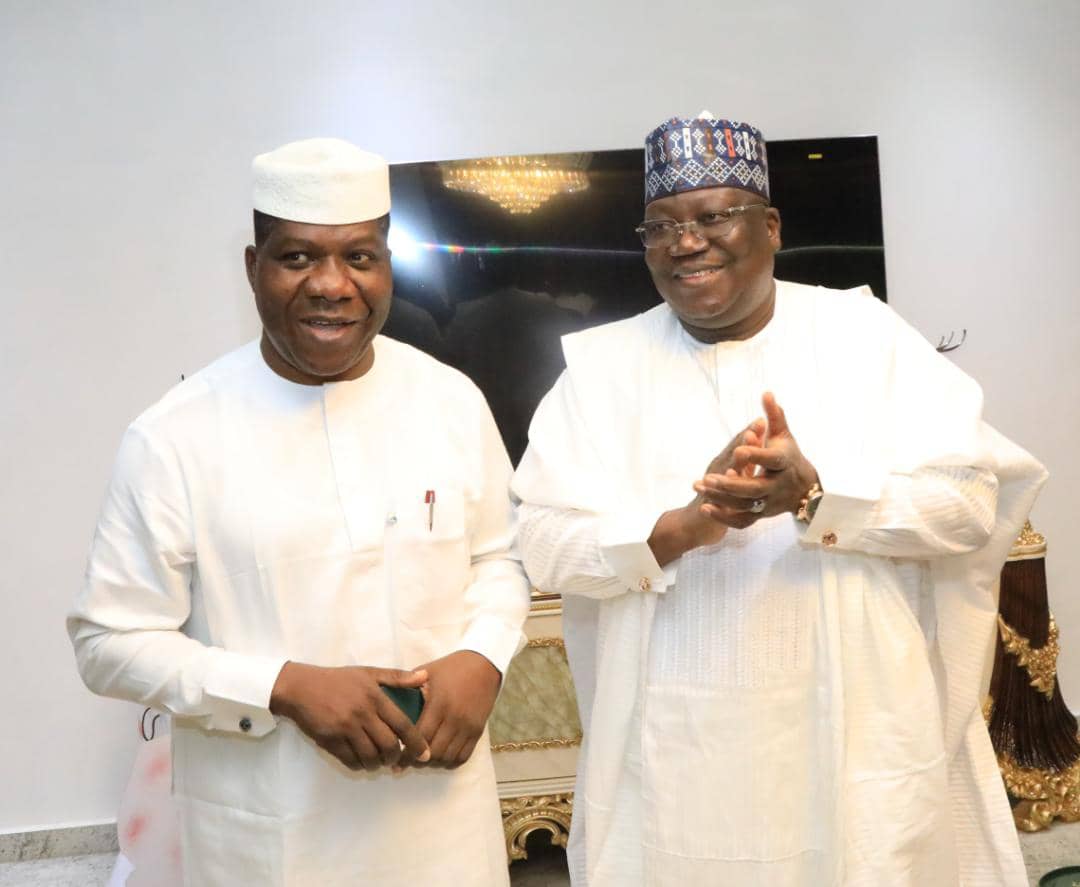 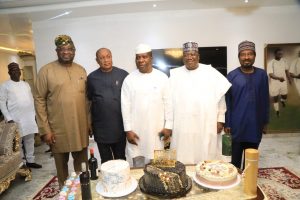 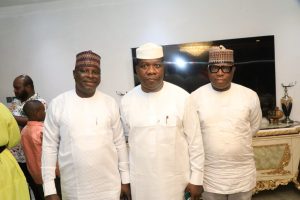 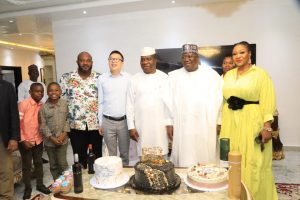 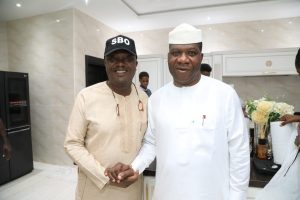 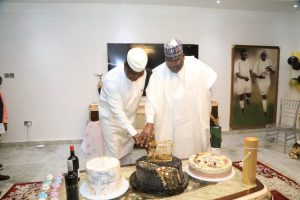 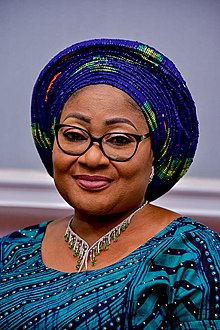