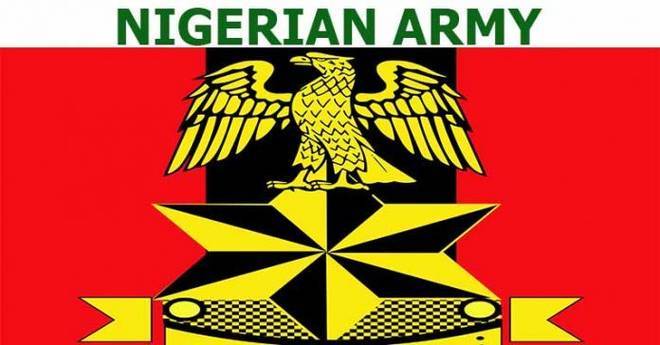 The army has said there was no need to panic after explosions rocked some communities in Maiduguri, the Borno State capital.

In a statement signed by spokesperson Brigadier-General Onyema Nwachukwu, the army described the attack as a “security breach by suspected Boko Haram (BH) and Islamic State of West Africa Province (ISWAP) terrorists who made futile attempt to maintain potency early this morning, 4 December 2021, with explosions in the outskirt of Maiduguri Metropolitan Council.”

The explosions reportedly hit Gomari community and 1,000 Housing Estate in Maiduguri but no deaths were reported.

“This unfortunate incident has caused some level of damage and apprehension in residential areas. Although, no life was lost, sadly a minor sustained injury,” the army said.

“Ground troops in conjunction with the Air Component of OPHK responded swiftly and dominated the area with ground and air interdictions that successfully neutralized the threats and infiltration attempt by the terrorists.

“The general public are urged not to panic as troops are on ground and aggressively dominating the city to effectively take out any perceived threat.

“The good people of Maiduguri are equally enjoined to go about their normal socio economic activities and provide actionable information on the movement of these criminal elements.”

Saturday’s attack comes a day after seven soldiers were reportedly killed by ISWAP jihadists near a base at Rann, close to the Cameroonian border.

In February, at least 17 people were killed and 43 others injured when ISWAP fighters fired multiple rockets on Maiduguri.

The terrorists have also blown up electricity towers on several occasions, plunging the city into darkness for months.

On February 23, 2019, a soldier was killed and 20 others wounded when Boko Haram launched 13 rocket attacks on Maiduguri hours before voting began in Nigeria’s presidential election.

Over 40,000 people have been killed since the Boko Haram insurgency began 12 years ago and more than two million are displaced from their homes.

Borno State Governor, Babagana Zulum, visited the scene of the explosions on Saturday and sympathised with those affected.

“It seems the insurgents came very close to the town, the military has to wake up and ensure adequate surveillance,” Zulum said.

This is something that we can avert its occurrence. For the insurgents to have come such close to fire rockets, I think there is something wrong that we should have to check.

“We have to fortify Maiduguri town, we have to ensure adequate patrols on a daily basis to avert future attacks.

“It is very sad and unfortunate we have to witness this kind of attack at this time.”