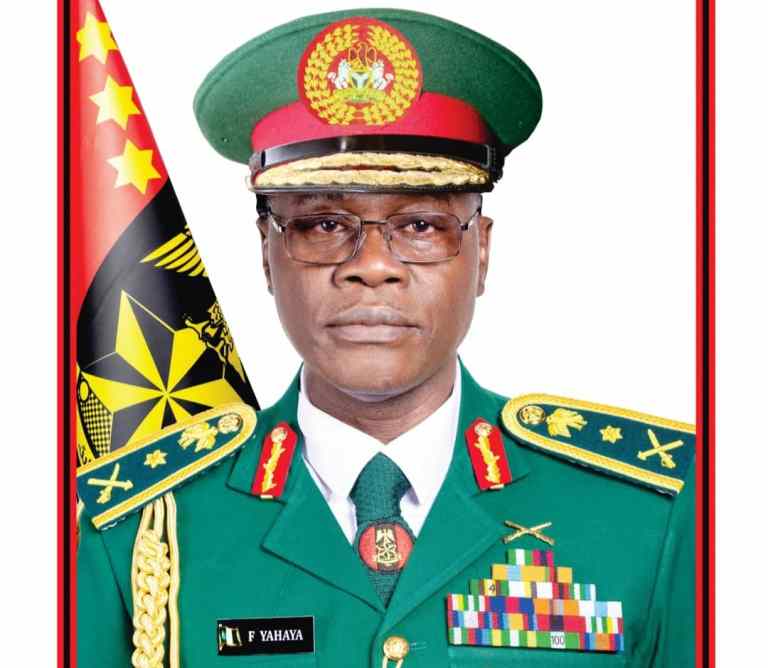 The Chief of Army Staff (COAS), Lt.-Gen. Farouk Yahaya, on Wednesday, sought for exemption of the Nigerian Army from the budget ceiling or envelope allocation system to Ministries Departments and Agencies (MDAs).

He made the appeal when he appeared before the Senate Committee on Army for budget defence.

While noting that the army was committed to securing the territorial integrity of the country from any violation, the COAS said if the army was taken off the envelope system, it would enable it carry out its operations more effectively.

Yahaya, however, said that the proposed budget for the army for the 2022 budget is N710 billion.

“The sum of N642.7 billion only should be approved for Nigerian Army Personnel Emolument for Year 2022 Budget.

“The sum of N29.6 billion only should be approved for overhead budget and N37.6 billion for Capital Budget.

“The National Assembly should cause the Federal Ministry of Finance, Budget and National Planning to begin the release of Year 2022 Nigerian Army Capital Budget in the First Quarter of 2022.”

He, however, said that of the figure, the ministry’s budget ceiling reduced it to a total sum of N579 billion.

He said that the reduction would impede the capacity and tempo of the Nigerian Army in carrying out its constitutional duties particularly the ongoing war against Boko Haram Terrorists and other criminalities across the country.

“I passionately appeal to this committee to impress it on the ministry of finance, budget and national planning to begin the release of Year 2022 Nigerian Army Capital Budget in the First Quarter of 2022.

“This will help the Nigerian Army to rehabilitate dilapidated accommodations in over 138 barracks and training facilities across army units/formations.

“It will also help in procuring the needed equipment and platforms to prosecute the war against terrorism and other criminalities across the country.”

He noted that adequate funding would help the army to invest in needed technology and platforms to effectively discharge its constitutional mandate.

The chief of army staff further called for a review of the subsisting envelope budget system which over the years had been a major challenge in adequately funding the army for its constitutional duties.

After a closed-door session, Chairman of the Committee, Sen. Mohammed Ndume said that the committee looked at the 2021 budget performance and it was satisfied so far with what the military had presented.

“Looking at the budget vis a vis what is being allocated to the Nigerian Army, we find this under the circumstances we are operating grossly inadequate.

“We asked the chief of army staff what is happening; he mentioned the fact that the Nigerian Army have to operate within the envelope.

“The committee is in agreement that you can’t be facing security challenges and putting the security agencies in envelope while the problem is not already in the envelope.

“Or you can’t say the budget of the security agencies will have a ceiling. After all, the problems that we have are already above the ceiling. So you need to actually give the military what they need because there is no price tag for peace,” Ndume said.

He said that the committee would invite the Minister of Finance, Budget and National Planning Zainab Ahmed to tackle the issue of budget envelope for the Nigerian Army.(NAN)