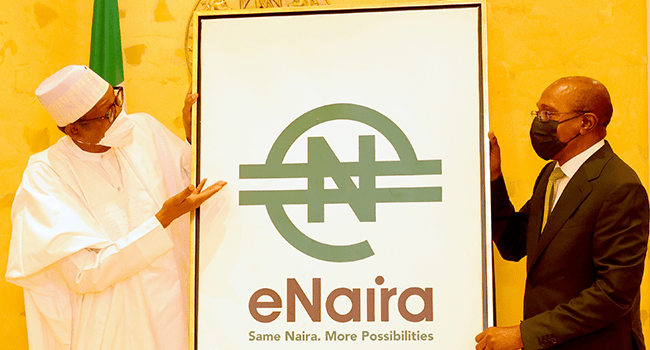 Adedipe said this at the National Business Extra fourth anniversary lecture/awards on Thursday in Lagos.

He spoke on the theme: “Cryptocurrency Vs E-Naira: Issues, prospects and challenges in Nigeria economy.”

Adedipe, who was the guest speaker, said e-Naira could not replace deposits or reduce the ability of the banks to create credits.

“It has limits on the amount that can conveniently be carried in a physical wallet,” he said.

According to him, banks will not lose their deposits to digital naira because of limits on e-Naira wallet transactions.

The economist explained that cumulative balance limits and transfer limits introduced by the CBN on Tier 1, 2 and 3 e-Naira wallet were small compared with activities of commercial banks.

X-raying the benefits of the e-Naira, he said it would eliminate the cost of printing and minting currencies in the country.

Adedipe said it would eliminate restrictions in making cross-border payments, enhance financial inclusion and allow users to avoid the cost and restrictions in transactions on digital platforms of commercial banks.

The economist disagreed with insinuations that the e-Naira was introduced because of foreign exchange volatility.

He attributed foreign exchange volatility to speculation and the country’s huge import dependency.

On crytocurrency, the expert said recognising crypro as asset, commodity or means of exchange should be determined by its most prevalent use in Nigeria.

He stressed the need for a regulatory framework underscored by the popularity of mobile money.

Adedipe noted that regulatory framework was necessary due to trading in cryptos as alternative means of livelihood for tech-savvy, unemployed youths.

“If we want to encourage investment in blockchain technology (which is no longer the future, but already here), then we need to create space for cryptos and other adaptations of the technology,” he said.

Earlier, the Publisher of the National Business Extra, Mr Odion Aideloje, said the newspaper was established to be an alternative business platform.

Aideloje said the company was ready to partner corporate entities and other stakeholders for the growth and development of the country.

He said it had not been easy for the company in last four years of operation due to challenging operating environment.

The publisher assured stakeholders that the company would improve on shortcomings of previous years. (NAN)