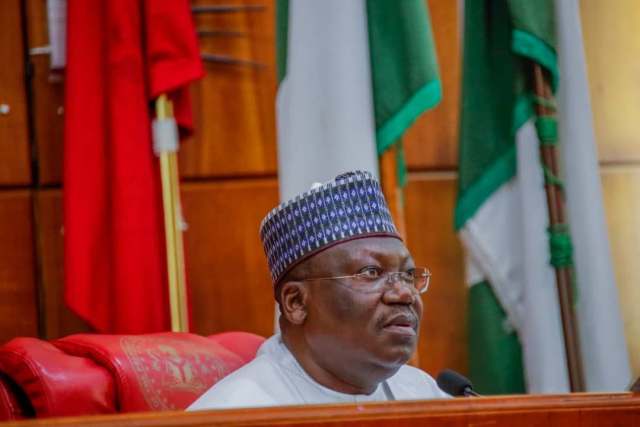 The Senate committee on interior has expressed its preparedness to meet the Chief Justice of Nigeria ( CJN), Justice Ibrahim Tanko Mohammed and the Nigeria Bar Association ( NBA ) on expeditious justice delivery in decongesting the prisons.

Similarly, the commitee has increased daily feeding cost of a prisoner per day, to N1,000 from N750 proposed by the executive in the 2022 budget.

The increase is sequel to the presentation by Acting Comptroller General of Nigerian Correctional Service ( NCS), Idris Isa, before the Commitee during 2022 budget defence session on Wednesday.

On the problem of Prison congestion, Senator Utazi moved motion for the committee to have an interface with the CJN and NBA for way out.

Betty Apiafi in seconding the motion , added that a proper motion should be sponsored on the floor of the Senate by any member of the committee to that effect.

The Chairman in his remarks said legislative action will surely be taken in that direction for required synergy among arms of government.

“It is very worrisome for percentage of inmates awaiting  trials across the various correctional centres to be  80% while those actually convicted is 20% .

“This Commitee shall surely meet the CJN , NBA and other stakeholders in justice delivery in the country for lasting solutions to the problem”, he said.

Isa noted that the N450 feeding cost for each of the Prisoners on daily basis, has been jerked up to N750 as proposed in the 2022 budget estimates.

According to him, out of the 66,346 total inmates in custodian centres across the country, 47, 959 are unconvicted yet being awaiting trial inmates.

He bemoaned this has made most of the custodian centres to be congested and  below international standard of correctional services.

Consequently, the Commitee Chairman, Senator Kashim Shettima ( APC Borno Central) and members, frowned at the N750 daily feeding cost proposed for each of the inmate across the custodian centres.

“Mr Chairman , I will urge this committee to jerk up the proposed N750 feeding cost per day on each of the inmate at the custodian centres to at least N1,000.00 because no grown up Nigeria today can survive with N750 per day as far as feeding is concerned “, he said.

Supporting the motion, Senator Betty Apiafi ( PDP Rivers West ), said the N1,000 proposed should be the minimum and must be reflected in the final budget to be passed for the correctional service.

The Committee Chairman accordingly ruled in favour of the motion.

“The proposed N1,000.00 is the minimum and will surely be reflected in the budget to be passed by way of required appropriation”, he said.