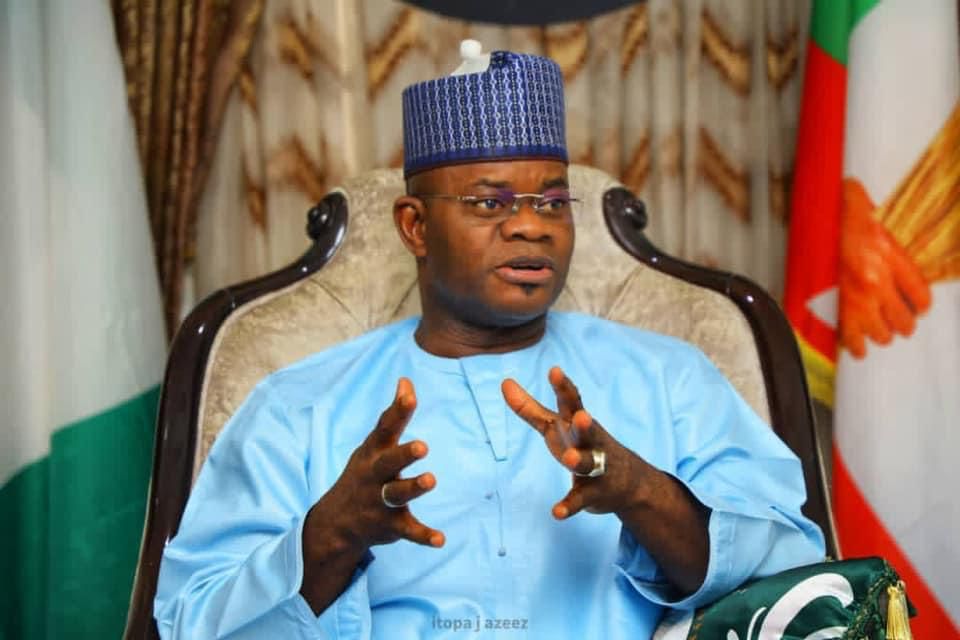 The Kogi  Government has dared the Economic and Financial Crimes Commission (EFCC) to make public,  report of its investigations on the purported N20 billion bailout fund fraud.

The EFCC in August,  alleged that the N19.3 billion Kogi bailout fund domiciled in Sterling Bank, had been partly misappropriated and the state account frozen on orders of a Lagos High Court.

The News Agency of Njgeria (NAN) recalls that the EFCC  on Friday, withdrew its suit, seeking  forfeiture of  the N20 billion bailout fund.

However, Kogi government  had  kicked against the withdrawal by the EFCC,  charging the anti-graft body to make its findings on the fund public.

In a statement, the Commissioner for Information, Mr Kingsley Fanwo, the state government said  the EFCC despite the withdrawal, should be able to provide  facts of  its investigations.

He also urged Nigerians to ask the EFCC in whose custody it found a part of the bailout fund said to have been dissipated.

Fanwo insisted that the alleged sum of N19.3 billion which Sterling Bank had undertaken to the EFCC to transfer to the Central Bank of Nigeria,  does not belong to the Kogi  government, and that the state did not enter into any agreement, either with Sterling Bank or the EFCC, to return any bailout fund to the CBN as being portrayed.

“It is our belief that the  withdrawal of the suit by the EFCC without informing the Court of the facts,  is a deliberate and face-saving effort by the commission,    all in a bid to ‘nail’ at all cost, the Kogi government and tarnish its image,” Fanwo said.

He said  the EFCC violated an earlier order of the court, as it failed to report its findings to the court, rather it unceremoniously withdrew the suit, without facts of its investigation   to the court and the public.

According to him, residents of Kogi  and indeed Nigerians at large,  should rather ask the EFCC to publish on its official platforms,  the report of its investigation as to the ownership of the said sum of N19,333,333,333.36,  and the whereabouts of the sum of N666,666,666.64, which they alleged had been dissipated.

The commissioner further said: “Nigerians should further ask the EFCC whether a commercial bank can  simply undertake to transfer a customer’s money from the customers’ account without the order of any court mandating such transfer or a forfeiture?

“Nigerians also deserve to know what becomes of the criminal allegation that the EFCC made,  when it informed the Federal High Court that the sum of N666,666,666.64  out of the N20 billion bailout loan had been dissipated and that same was being traced.

”Nigerians will  want to know if the EFCC has found the money, if so, in whose custody was it found? Have charges been preferred against the custodian of the said funds.

”Or has the EFCC also abandoned that chase? Nigerians deserve to know the truth.

“We have as of October 2019,  fully disbursed our bailout funds and are already religiously repaying the loan to Sterling Bank Plc,” he  clarified.

The government spokesman said that  concealing these inalienable facts of the matter would be  misleading and unethical.

“Finally, while we reserve all our legal rights against the EFCC, we reiterate our demand for an unreserved apology from the EFCC as contained in our letter to the Chairman of the EFCC on  Sept. 6.

“We hope the EFCC will honour the said demand to regain the trust of Nigerians,” Fanwo said.

He disclosed that the Kogi  government had, as revealed in freshly published documents, sought further clarifications from Sterling Bank to drive home its innocence in the matter.

The commissioner said:  “Buoyed by the strength of our innocence, the Kogi  government on Oct. 4, wrote to Sterling Bank, seeking further clarifications on the contentious account. The Bank did not only reinforce their earlier stance that the account is a Mirror Account; it also made it unequivocally clear that the Kogi  government has nothing to do with the opening or operation of the account.

“All of these facts are in their reply received by the Kogi  government on Oct. 5.

‘”The state government again urges  the  commission to tender public apology to it  and refrain from  measures that can  further damage the image of the nation,”  Fanwo said. (NAN)

Passport: Production hits over 38,000 in 4 months at Ikoyi office