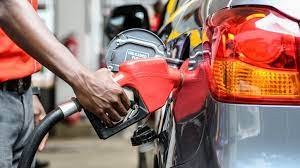 The Senate has received a request from President Muhammadu Buhari, to amend the Petroleum Industry Act 2021 passed by the National Assembly over two months ago.

The request was contained in a letter dated September 16, 2021, and read during plenary on Tuesday by the Senate President, Ahmad Lawan.

President Buhari in the letter explained that the appointment of two non-executive members as provided for by the Act to the board of the Nigerian Midstream and Downstream Petroleum Regulatory Authority (NPRA) and Upstream Regulatory Commission (URC) does not reflect balanced geopolitical representation.

He, therefore, requested amendment to Sections 11(2)(b) and 34(2)(b) which provides for the Administrative Structure of the PIA 2021, to increase the number of the non-executive members from two to six on the boards of the NPRA and URC.

According to him, doing so would foster national unity and “provide a sense of participation and inclusion to almost every section of the country in the decision making of strategic institutions such

as the oil industry”.

In addition, the President proposed a deletion of Sections 11(2)(f), 11(2)(g), 34(2)(f) and 34(2)(g) from the Petroleum Industry Act, which would see to the removal of the Ministries of Petroleum and Finance form the Board of the Nigerian Petroleum Regulatory Authority and Upstream Regulatory Commission.

He explained that, “the proposed amendment will increase the membership of the board from nine (9) to thirteen (13) members that is representing 44 percent expansion of the board size.

“This composition would strengthen the institutions and guarantee national spread and also achieve the expected policy contributions.

“The two ministries already have constitutional responsibilities of either supervision or inter-governmental relations. They can continue to perform such roles without being in the board.

“This composition would strengthen the institutions and guarantee national spread and also achieve the expected policy contributions.

“The two ministries already have constitutional responsibilities of either supervision or inter-governmental relations. They can continue to perform such roles without being in the board.

“It is also important to not that administratively, the representatives of the ministries in the board will be Directors – being same rank with Directors in the institution. This may bring some complications in some decision making especially on issues of staff related matters.”

He also sought an amendment to Sections 11(3) and 34(3) to be replaced with a new section that provides that appointments to the Board of the Commission or Authority under section 2 shall be made by the President, while those made pursuant to subsection (2)(a), (b) and (c) of section shall be subject to confirmation by the Senate.

with each responsible for one of the following.”

The President, in his proposed the amendment, underscored the need to exempt serving public officers from the established confirmation process for political appointments.

“This will ensure effective management of the regulatory institutions through uniform implementation of public service rules for employees of the Authority.

“In future, these positions will obviously be filled by the workers in the Authority through career progression in conformity with the rules and regulations of the Federal Civil Service”, Buhari said.