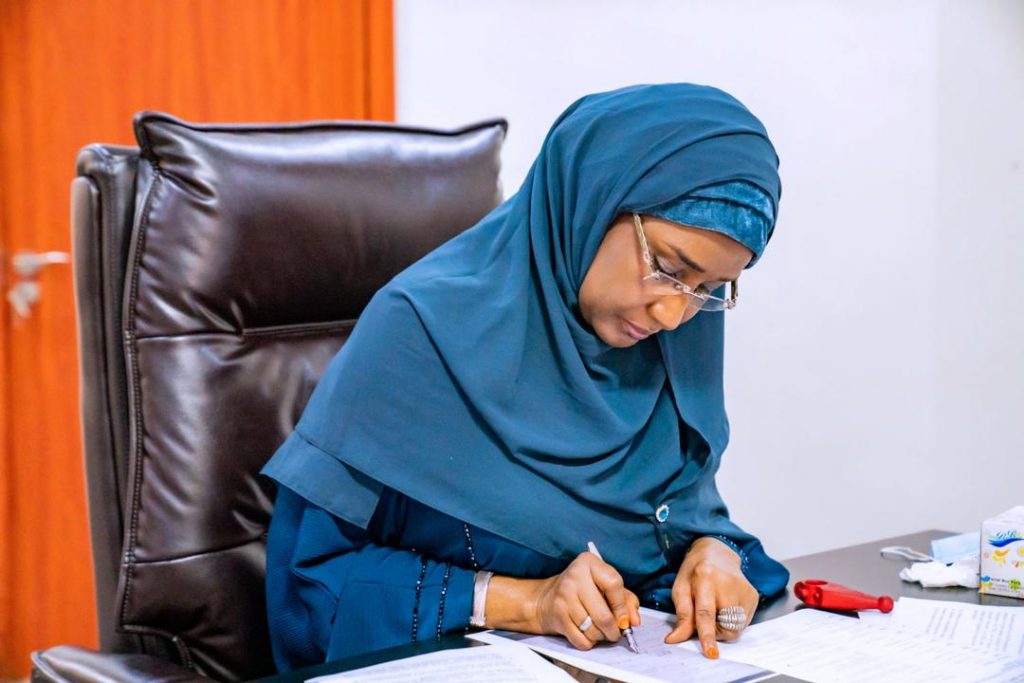 Hajiya Sadiya Umar Farouq, in a statement by her Special Assistant on Media, Mrs Nneka Anibeze, on Tuesday, in Abuja said the MPI Survey was inaugurated virtually.

The minister said, ”with the MPI, Nigeria has joined many countries that have moved towards improving the efficiency of their decision-making processes through the evidence generated by MPI.

“The consensus around the use of the MPI emerges from different approaches and global agreements, including the Millennium Development Goal (MDGs), which has been replaced by the Sustainable Development Goals (SDGs) to cover the multiple aspects of deprivation at the core of poverty and their inter-linkages.

“It is, therefore, an honour to join other strong voices to highlight the importance of multi-stakeholder engagements on poverty eradication, zero hunger, quality education, climate action and inclusion, all of which are central to the evidence generated by the MPI,” Farouq said.

She noted that the President Muhammadu Buhari-led administration had successfully empowered more than 10 million people out of extreme poverty through the many initiatives of government.

According to her, the initiatives include the National Social Investment Programme (NSIP) which has the Government Enterprise and Empowerment Programme, N-power, National Home Gown School Feeding Programme and many more.

“This aspiration takes into cognizance the country’s current estimated population of about 200 million people, as well as the need for better evidence for programming.

“The ministry therefore, stands ready to collaborate with different government agencies, donor organisations and private investors to shape policies and drive real impact in the use of MPI data.

She said that this would foster government accountability to citizens through improved multi-sectoral interventions targeted at the root of deprivations.

Farouq remarked that the ministry would collaborate closely with the National Bureau of Statistics (NBS) to conduct regular multidimensional poverty measurements alongside monetary measures at both national and sub-national levels.

She added that this is ”to ascertain the true poverty status of Nigeria and use the findings to shape policy and programming.”

She added that the ministry would partner with private sector actors using the special purpose vehicle of Social Investments to create a National and State poverty map/tracker which would help provide progress towards poverty reduction goals.

Farouq stressed that it would also collaborate with the Ministry of Finance, Budget and National Planning, using MPI data to improve budget allocations by sectors and states in order to target individuals, communities and areas needing dire attention.

The minister thanked the World Bank Group, UNDP, OPHI, UNICEF, the High Commission of Canada, and other  bilateral and multi-lateral bodies for their support towards eradicating extreme poverty by 2030.

According to the statement, those that gave goodwill messages during the virtual inauguration of the MPI include Speaker of the House of Representatives, Rep. Femi Gbajabiamila represented by Rep. Sanusi Garba Rikiji.