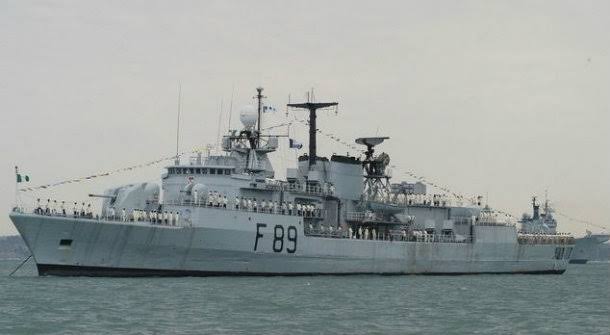 The Nigerian Navy Ship (NNS) BEECROFT has arrested one Joseph Udodigwe, Director, JI Promotion Ltd., and five other staff members of the company for allegedly extorting unsuspecting members of the public.

The Commander of NNS BEECROFT, Commodore Bashir Mohammed, said this in a statement on Friday in Lagos.

According to him, preliminary investigation by the patrol team revealed that Udodigwe, in collaboration with his cohorts,  forcefully collected money from passers-by and customers using the company’s Point Of Sale (POS) service.

“Additionally, Ji Promotion Ltd., disguised as a gaming and betting spot where customers are deceived to pay for prizes they have allegedly won without being given,” the Commander said.

Mohammed also said that some of the items used by the fraudsters to lure and defraud unsuspecting citizens were recovered, upon conduct of the raid by NNS BEECROFT patrol team.

“Others are: one ZH950 Abro gasoline generator, one Sunikko wall clock, one bus side mirror, one wrapper pack of paper, one bus spare tyre and four new packs of materials, two small bags with and without clothes, one track suit and two short wooden benches.”

Commodore Mohammed warned non-conformists breaking the law and order of the state to desist from such, while he said that he had handed over the suspects to the Police for prosecution.

He said that the Chief of Naval Staff, (CNS) Vice Adm. Awwal Gambo, was committed to supporting other law enforcement agencies in eradicating illegalities within NNS BEECROFT’s maritime and land area of responsibility.

“Therefore, the NN will not rest on her oars in carrying out this task,” Commodore Mohammed said. (NAN)