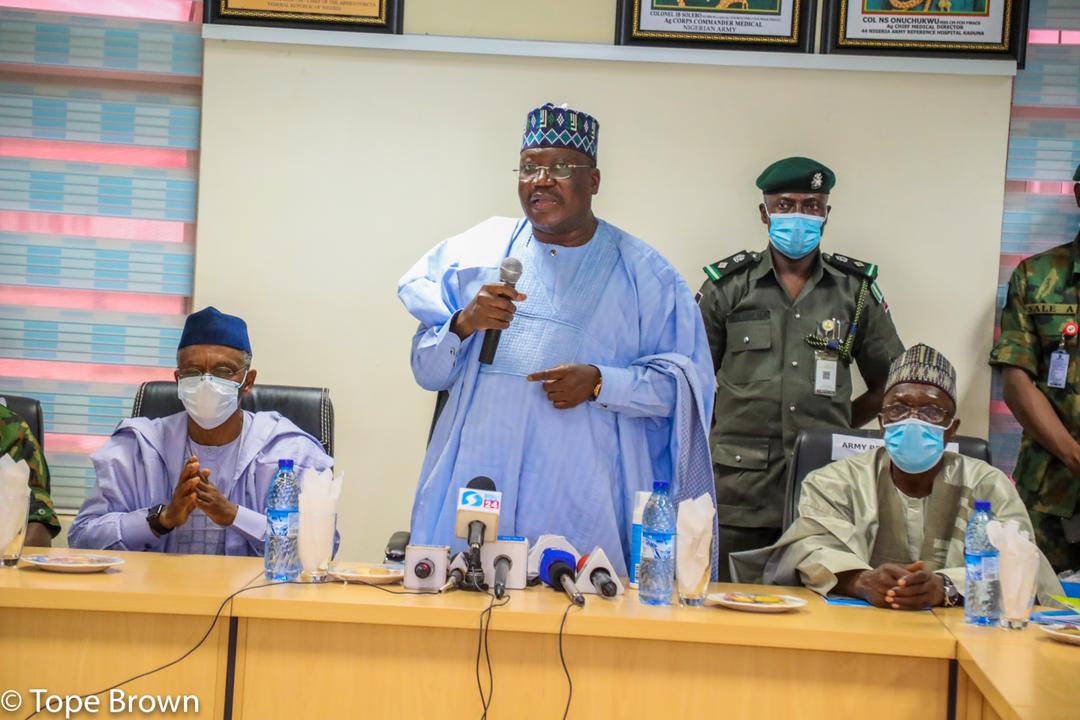 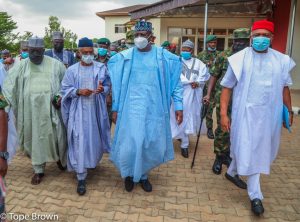 *visits military hospital to empathise with the Wounded In Action(WIAs)

* Donates of N10 million to assist the Military hospital

The Nigerian Senate has said it would henceforth upscale more supports for Armed Forces in order to achieve better results in the ongoing campaign against Insecurity in the country.

President of the Senate, Ahmad Lawan made the pledge  on Saturday when he led a delegation of the Senate to a military hospital in Kaduna to show empathy for the Wounded In Action(WIAs) who were brought there from the various theater of operations. 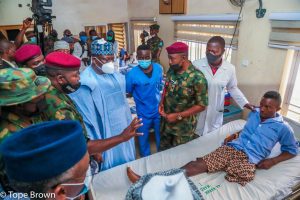 According to the Senate President
the situation in the country today required that Armed Forces get adequate resources.

“We are with our military. We will continue to give all the support that is necessary. Infact, we want to upscale our support because the situation today in the country requires that our Armed Forces are better resourced for better results.

“On behalf of all of us in the National Assembly, I want to express our concern and care for those who have been wounded on behalf of all of us because you have given your all to defend the integrity of this country and I believe that the nation will continue to be very grateful to you.”

The delegation visited 44 Nigerian Army Reference Hospital where the Senators went round the wards to see officers and soldiers on admission with various degrees of injuries. 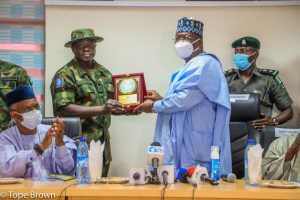 The visit was part of the activities to commemorate the second anniversary of the ninth Senate. Similar visit was also paid to the Internally Displaced Persons(IDPs) camp at Wassa, the suburb of the Capital City of Abuja on Thursday.

The delegation to the military Hospital was received on arrival by the GOC 1 Division, Major General Danjuma Alikeffi and the Acting Medical Director of the Hospital, Colonel Stephen Onochukwu.

Kaduna State Governor Nasir El-Rufai later joined the delegation at the hospital and kept their company all through the visit.

Speaking to the patients in one of the ward, Lawan said: “We have come to see by ourselves, the situation and conditions of our Wounded In Action and other patients in this Reference Hospital.

“The Senate wishes all our patients here speedy recovery and I want to assure you on behalf of all of us in the Senate and indeed in the National Assembly, that we are with you. 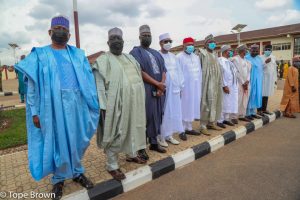 Earlier, while responding to a briefing shortly on arrival by the Acting Medical Director, the Senate President said the visit was meant to be symbolic for visiting all the other military hospitals across the country.

Lawan explained further that the Saturday visit was “meant to provide us with the opportunity as a parliament, as Senate, to show compassion and empathy with people who have given everything and anything to protect the integrity of this country and suffered harm in one way or the other.

“Secondly, it is also an opportunity for us to see first hand how we can be more responsive to the needs of our military hospitals because beyond compassion and empathy, there are responsibilities and obligations as people who represent Nigerians, that we have to discharge.

“After the Civil War in Nigeria, I dare say that there was never a time that our military is involved in some kind of warfare than this time.

“That means some of our soldiers and officers could be challenged to have wounds that require hospitalisation more than ever before. That also means that as a country, we are supposed to provide more resources to cater for the needs of such Wounded In Action officers and men.

“Our expectations as citizens are very high, that this country is defended by our Armed Forces. Therefore we have to give the Armed Forces what they require.

“We may not be able to give everything because we don’t have enough but we must, as a country, put in more resources because everything rests on peace and security.”

Lawan, on behalf of the Senate, announced a donation of N10 million to assist the hospital.

The Acting Medical Director, Colonel Stephen Onochukwu thanked Senate for the visit and added that it would be a morale booster for the Wounded In Action(WIAs). 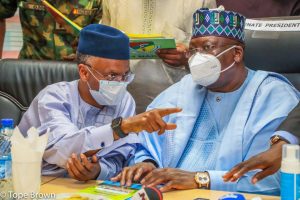