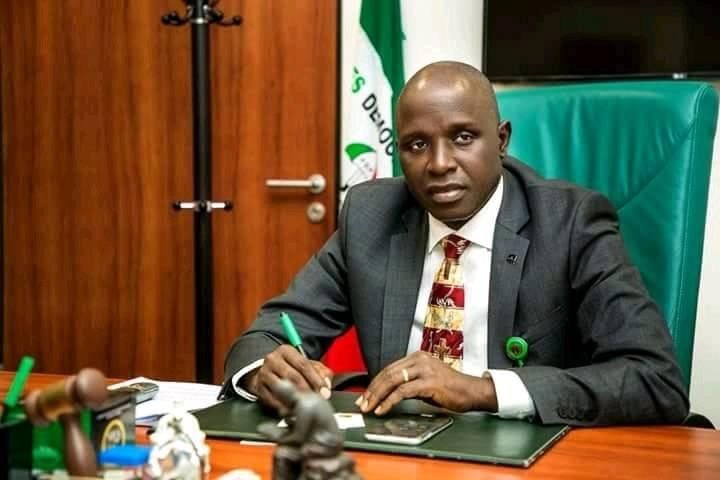 Gyang, representing Plateau North Senatorial District, said this on Sunday during an interactive session with newsmen in Vom, Jos South Local Government Area of the state.

He was in Vom for the inauguration of some projects executed by Rep. Dachung Bagos, the lawmaker representing Jos South/Jos East Federal Constituency of the state.

He decried the rising spate of killings and wanton destruction of farmlands and other property in his district.

The lawmaker, therefore, urged the Federal Government to heed to the public demand for the creation of state police.

He also called on his colleagues in the National Assembly (NASS) to take advantage of the ongoing Constitution Review to ensure the security and wellbeing of Nigerians.

“The welfare and wellbeing of Nigerians is the primary responsibility and purpose of governance.

“Insecurity in Plateau North has become alarming and our people have been surviving by the grace of God.

“But to ensure the total safety of lives and property in any part of this country today, there is the need for state police.

“That has been our position in Plateau for long and because of the rising spate of insecurity, other parts of the country have joined us in calling for the creation of state police.

“So, I want to urge that the ongoing review of the 1999 constitution should address critical issues that will guarantee the safety and wellbeing of the people by making provision for the establishment of state police,” Gyang said.

He also called on government at all levels and the security agencies to be proactive in their approach to ending the escalating security challenges.

Speaking on the projects by his NASS counterpart, Gyang commended Bagos for the successful completion of the projects.

“What we are witnessing today is the dividend of good representation and democracy and this is commendable.

“This will also encourage political participation and discourage voter apathy at the grassroot,” he said.

Earlier, Bagos said he was passionate about providing dividend of democracy to his constituents.

He said he would continue to attract projects that would have direct impact on the lives of the people.

“Our agenda is to ensure that after our 1,466 days in office, our presence will be felt in the 10 districts that make up this constituency,” Bagos said.

He used the ceremony to present starter packs to 40 young women from the constituency, who were trained in sewing.